There’s no denying that dystopian novels fascinate us. From the first time they appeared in our literature more than 100 years ago, they scare us and catch our attention because they draw on aspects of our own world, in a darker, bleaker future.

But, like the present, the future can be wonderful and terrifying at the same time. Nevertheless, we’re prepared a list of 20 best dystopian books for whenever you want to escape the real world and maybe take a better look at what we could be doing better as a society.

Our preexisting anxiety about rapidly evolving technology and the people with the power to use it in doubtful ways made us want to transfer this unease into something tangible. Dystopian future novels usually mirror elements of our society, our living habits, environment, and religion, but in an eerily, more frightening version. In our continuously changing world, dystopian books serve as a critical tool in helping us maintain a leveled standpoint about technology and its advancement.

Here are some of the most sinister, darker – some might even say prophetic – best dystopian books ever written, in no particular order:

Arguably one of the best known dystopian novels of all time, George Orwell’s 1984 is definitely a visionary book, and its worldbuilding seems to be eerily familiar even today. Through the book, we get a taste of living in a world ruled by the state, where even intimate thoughts are a crime. Big Brother is always watching you, the population is easily brainwashed, and the propaganda machine is in full force.

At first, Aldous Huxley’s world seems almost ideal, as everyone is happy and able to enjoy all life’s pleasures. The citizens are genetically-modified, well-fed, and entertained. The society is driven by consumerism and technology, so everyone is satisfied. Interestingly, this novel shows readers that there’s no need for an external force to produce havoc – our self-indulgence is enough to silence and control people.

3. A Clockwork Orange by Anthony Burgess

A Clockwork Orange is one of the most intently dystopian books ever written, showing a nightmare version of our society, governed by violence and authorities’ works to correct the citizens. The novel took just 3 weeks to write and definitely makes you contemplate what it actually means to be free.

The second George Orwell novel included in our list was written in 1946, and it is full of historical reflections and Soviet Union criticism. The story follows a revolution in which the animals rebel and exile their human leader. The animals take power in their hands and set up an egalitarian society of their own. But some animals are “more equal” than others.

Jose Saramago’s novel takes on a different approach, where a white blindness plague devours society. Rapidly, the disease spreads across the world and it seems that nothing can stop it. It is a captivating story of not only social decay, but also the emergence of a new morality only present in the most desperate circumstances.

6. The Handmaid’s Tale by Margaret Atwood

A classic feminist fiction, this dystopian novel tells the story of a future world where women’s bodies are controlled by the state, set in a totalitarian Christian theocracy that has overthrown the US government. Atwood’s words seem to be ever relevant: “History does not repeat itself, but it rhymes”. (The Testaments)

In Fahrenheit 451, Ray Bradbury sketches a society that has long forgotten to think independently and interact with each other and the world itself. His vision on technology, along with the human need to evolve and develop make the controversial theme of this book that remains as relevant today.

The book that has defined the cyberpunk theme, Neuromancer remains representative for the hacker and junkie subculture, with violent and detailed worldbuilding. The novel was revolutionary at its time because it introduced the concept of the “matrix” – a universal virtual network that dissolved the limits of what’s real and which anticipated the apparition of the internet as we know it.

One of the very first accounts of time-travel themed books, The Time Machine tells the story of a scientist who travels to the future, in the year 802,701 AD. He finds that humanity has been separated into two different races, taking the futurist class divide idea to its fullest.

10. The Man in the High Castle by Philip K. Dick

This dystopian classic was written in 1962, with the memories of the war still fresh. The book explores a different end to the war, portraying a fictional world in which Imperial Japan and Nazi Germany win WW2.

This novella is probably Kafka’s best-known work, and over the years, there have been many references made to the text. A man randomly wakes up only to find himself in the body of an insect—a story of transformation that is sure to leave you questioning.

An ode to the never-ending power of art, Station Eleven is a recent dystopian novel and a favorite of many. The collapse of civilization happens after a flu pandemic and the developments make readers think about how art and the relationships we build help us go through any hardships.

13. The Lord of the Flies by William Golding

We’re told to read this text from middle school, and for a good reason! A gang of preadolescent boys is stranded on an island after the plane they were on crashed. The boys are forced to organize themselves in order to survive, making us question our humanity.

14. The Power by Naomi Alderman

In this dystopian book, young girls across the globe wake up to find out they have a new power all to themselves to use at their own will. The balance of the world changes as the younger girls figure out that they can transfer their ability to older women too, leaving men with no power for themselves. Women quickly establish a new world order, but will this make things better than before?

15. The Road by Cormac McCarthy

Corman McCarthy tells a tale of civilization and humanity at its core, in a world shattered by an unnamed disaster. We follow a nameless man and his son on a journey across post-apocalyptic America, in a survival situation. The book will grab readers’ attention from the first words and won’t let go until the end.

16. We by Yevgeny Zamyatin

We is probably one of the very first dystopian books ever written that is said even Huxley and Orwell were influenced by it. The world of Zamyatin is set in an urban setting made mostly of glass, called One State, and tells the story of a spacecraft engineer involved in a resistance movement.

Slaughterhouse 5 is a classic, anti-war dystopian novel that was sure to make this list. The text packs a serious emotional punch, with a bit of dark satire sparkle. Named after a real-life place where Vonnegut was held captive, this book retells his horrific experiences in Germany, where he witnessed bombing after bombing. ‘How nice — to feel nothing, and still get full credit for being alive’, he writes.

18. The Chrysalids by John Wyndham

John Wyndham’s world is set in the far future, where normality is key and differences are not tolerated. The citizens of Labrador are taught to eliminate anyone different than their standard. With themes of religious fundamentalism, persecution, and intolerance, this dystopian book remains relevant in our times.

A recent favorite, this bestselling dystopian young adult trilogy is set in a dark vision of the near future. Also a blockbuster movie that made Jennifer Lawrence famous, The Hunger Games tells the story of 12 boys and 12 girls forced into taking part in a brutal reality TV show. The only rule is kill or be killed. “Happy Hunger Games! And may the odds be ever in your favor.”

20. Ready Player One by Ernest Cline

Ernest Cline is definitely on the road to cyber and digital dystopian, with a great amount of 80’s nostalgia. Set in the 2040s, we see the world descending into chaos and poverty due to climate change and the fossil-fuel crisis.  Most people thus choose to spend their days in the OASIS, a virtual reality world created by an “eccentric” ‘80s aficionado named James Halliday.

If you enjoy books full of suspense, you can check out our list of mystery books here. Or if you’d like to join a new reading challenge this month, have a look at these September readathons to get you started. 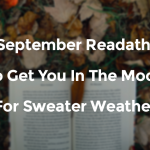 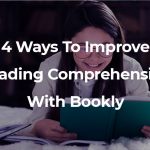 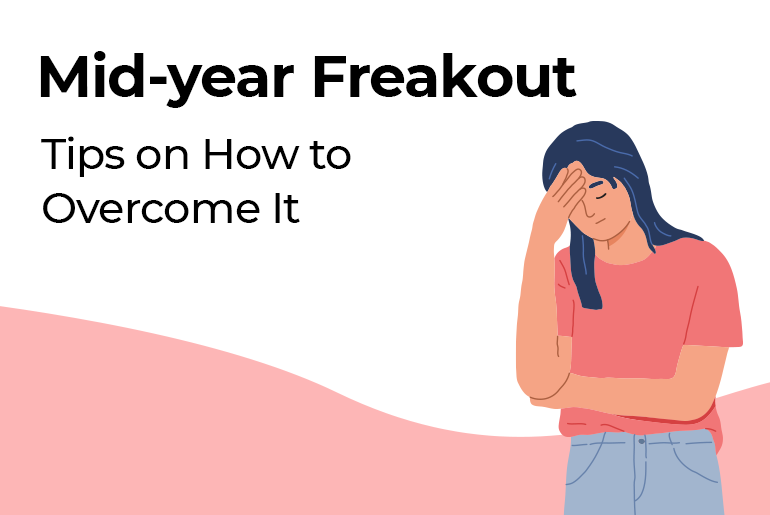 Mid-year Freakout – Tips on How to Overcome It 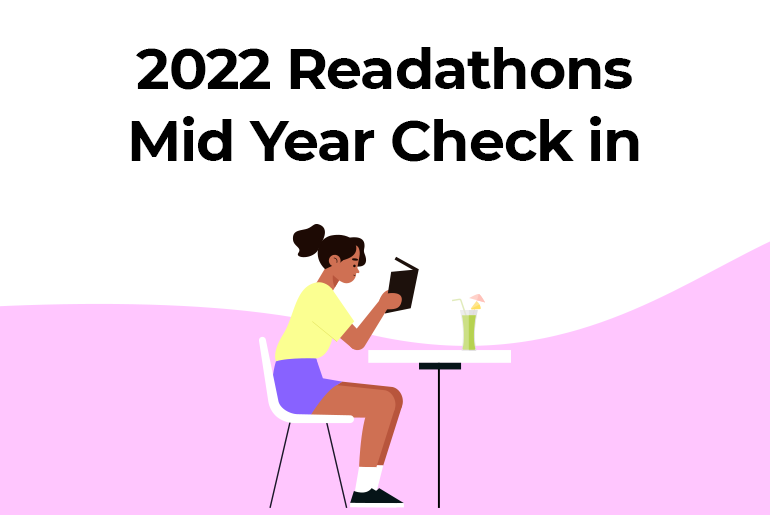 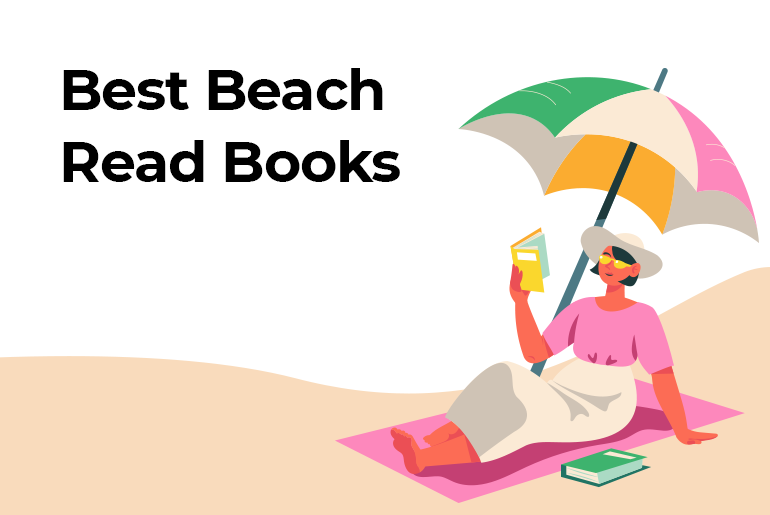